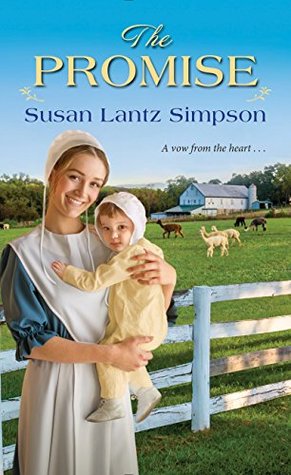 Nineteen year old Phoebe wants to raise alpacas and takes every opportunity to learn about their sweet tender nature. Her mom, sisters and her attend a Saturday market in town and while learning about the alpacas her baby sister, Naomi, is kidnapped. Both her and her younger sister, Martha, feel responsible. Phoebe has struck a deal with God that if her sister is returned she will marry Micah Graber even if she doesn’t love him and he does not share her dream of owning alpacas.

Ben has moved to the area to help his aging grandparents run their farm and is excited to learn about the alpacas at a neighboring farm. He hopes to be able to convince his grandfather to add the sweet animals to his menagerie of animals. Ben meets Phoebe at the alpaca exhibit at the market and falls in love. Can he help Phoebe during this difficult time and save her from making a lifelong mistake?

I was very excited to read an Amish book set in Maryland as I have visited the area and that makes books even more interesting to me. I can recall the smells and feel the weather like I am right there with the characters.

Phoebe – You have a sweet love story going on in the background while a terrible tragedy is unfolding. Phoebe is trying to come to terms with her part in the kidnapping of her baby sister. She keeps herself busy with chores around the house to the point of exhaustion. You really get a sense of how strong the Amish are physically and mentally. I admire Phoebe’s mental strength as I am not sure I could keep it together one little bit.

Micah – JERK. The nicest term I can use. I have never disliked an Amish character as much I do Micah. He is arrogant, cruel, and a bully. He treats others like the dirt on the bottom of his show. I cringed every time I read his name.

Martha – Phoebe’s 13 year old sister who Phoebe asked to watch the younger two sisters and decided being with her friends was more important. You make think 13 years old is too young to be in charge of the younger siblings in such a public place but we have to remember that the Amish teach their children to responsible from a very young age. Martha is a very spoiled brat and tends to be extra whiney when she should be helping around the house. At one point I wanted to have Micah court her just to teach her a lesson but he was way too old for her. I do think she learned from mistake by the end of the book.

Ben – He is the main every little girl dreams of marrying one day. Patient, kind, soft spoken and caring. He would do anything to make Phoebe happy.

I can’t wait for The Mending to be released in August of this year.

Thank you to NetGalley and Kensington for a copy of the book to read in exchange for my honest review in my own words.